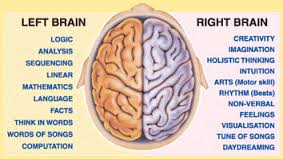 It is estimated that Dyslexia affects 20-30 percent of our population.  Even though people with dyslexia have average to above average intelligence, their dyslexia creates problems with reading, speaking , thinking, and listening. This, in turn, can create emotional problems and self-esteem issues throughout their life. Self-esteem can be a contributing factor for low grades and overall under achievement.

The good news, is those with Dyslexia can physically change the way their brain functions with multi-sensory intervention and cognitive therapy. They can be trained how to effectively use the left side of their brain and thus improve reading.